No immediate possibility of alliance with UML: Prachanda 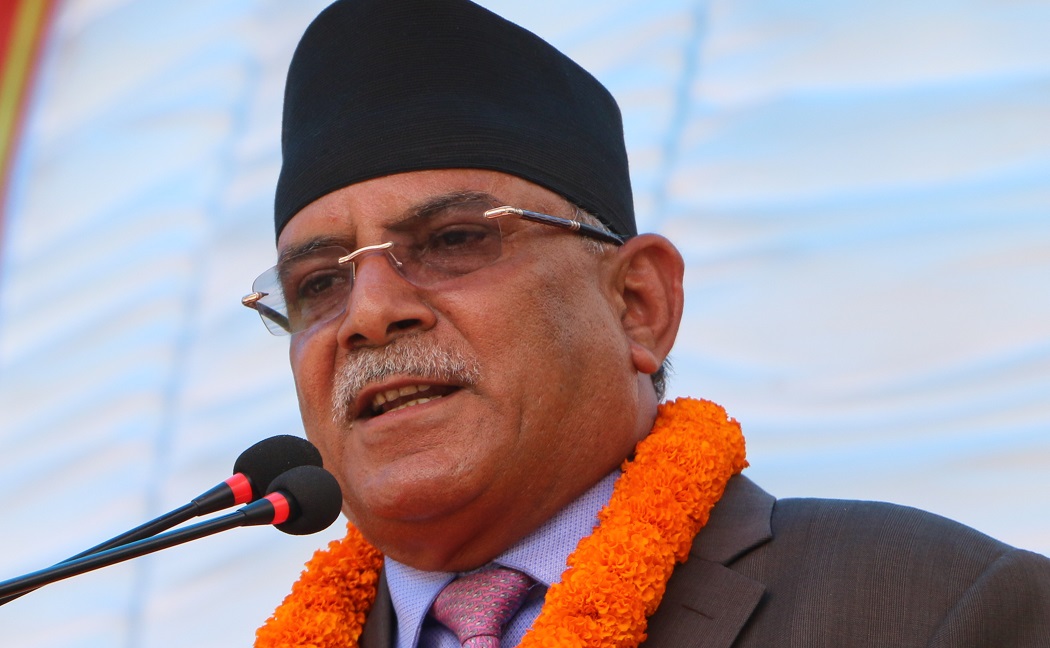 Kathmandu : Chairperson of the CPN (Maoist Centre), Pushpa Kamal Dahal ‘Prachanda’ has urged the cadres not to expect to win the election in the name of alliance. He requested the cadres to make the party organisation stronger in election and to win the hearts of the people with own strength.
At a news conference organised by Press Organisation Lumbini at Butwal, today, Chair Dahal urged the people to be confident about the local-level election being held on May 13.

Asking the cadres to involve in election preparation with making alliance in election as the first priority and getting maximum results in second priority, he urged not to cast doubt regarding the election.

Also the former Prime Minister, Dahal, said, “We are presently in an alliance. Hence, there is no possibility of immediate alliance with the CPN (UML).”

He shared though some leaders of the Nepali Congress have been saying that the alliance with the Maoist would not exist, Prime Minister Sher Bahadue Deuba is in favour of keeping the alliance intact.

Similarly, senior leader Narayankaji Shrestha said that the dispute surfaced due to MCC has already been resolved and alliance has been moving ahead in election campaign with unity.