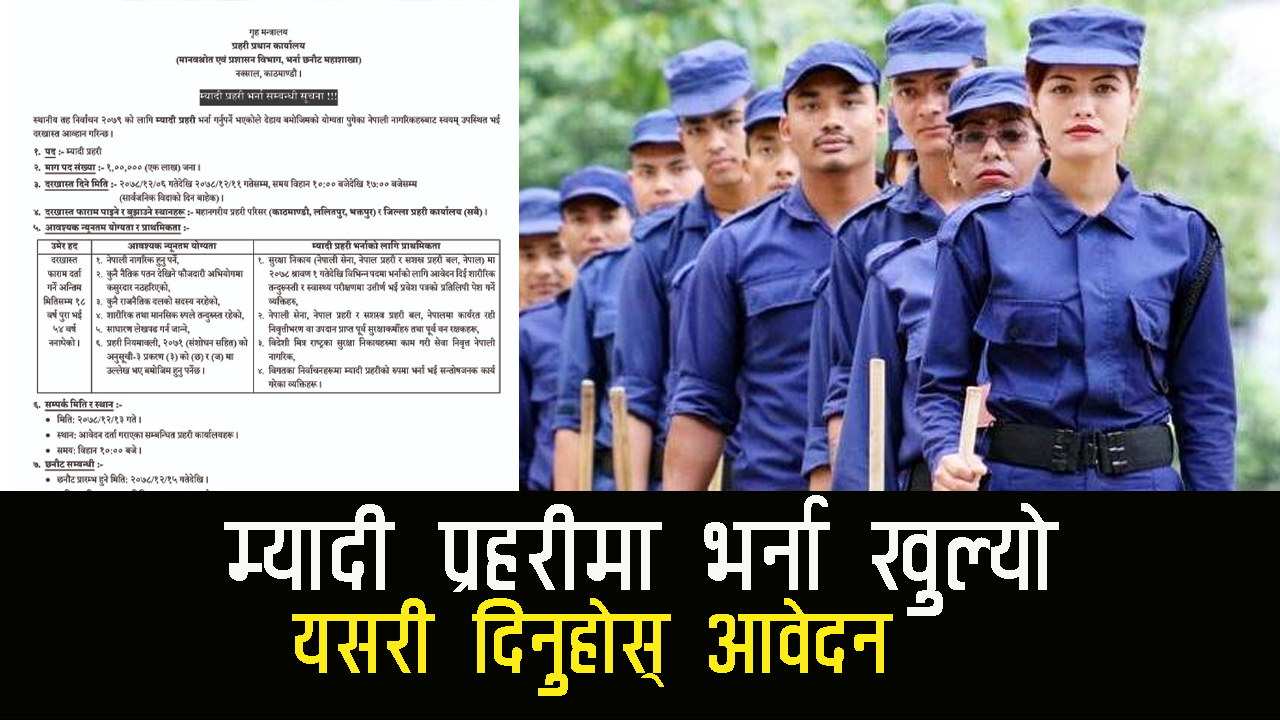 The government is preparing to recruit one lakh people for the election. The Police Headquarters has issued a notice on Tuesday evening.

Citizens who have completed 18 years of age and have not reached 54 years of age will be able to apply for temporary police recruitment till April 25.