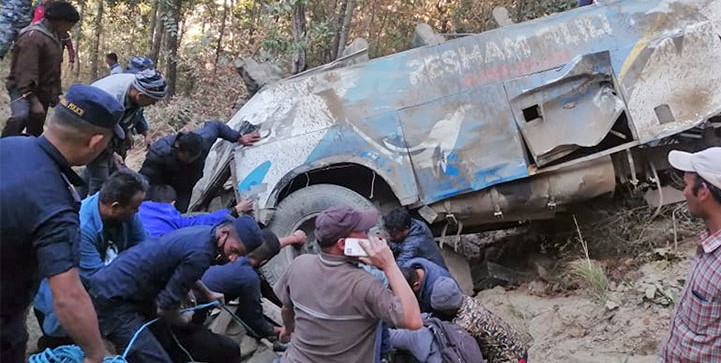 Kathmandu: The number of people killed in a bus accident on the way to Damak from Madi of Sankhuwasabha has reached 14.

At least 14 people were killed in a road accident at Puluddad in Madi Municipality-6 on Thursday morning.

The bodies of 14 people who died in the accident have been recovered so far, said DSP Subedi.

Five people have been rescued alive in the accident. According to locals, there were about 19 to 21 passengers on the bus.

The bus fell about 300 meters from the road. He informed that details of how many people were killed in the accident are being collected.

The injured are undergoing treatment at Chainpur Hospital.

Deputy Superintendent of Police Subedi of the District Police Office said that the exact details of the damage have not been revealed yet.