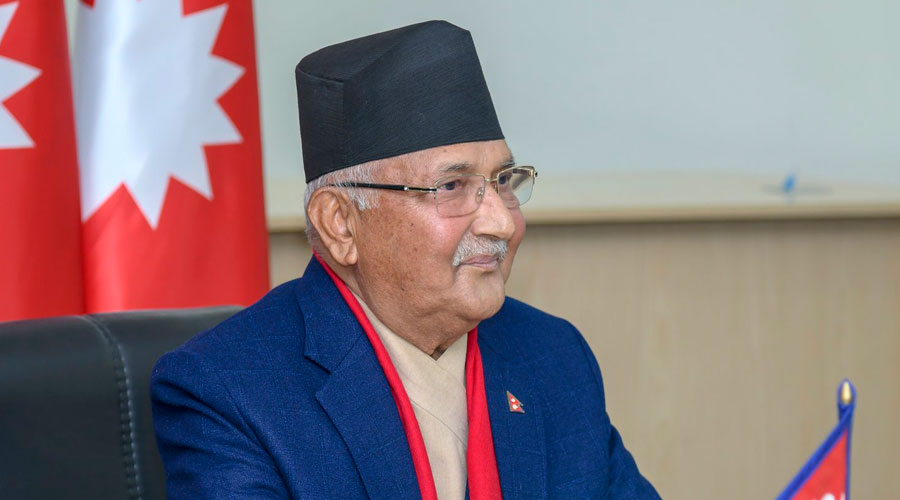 Kathmandu : CPN UML Chairperson KP Sharma Oli has asserted that his party was a step ahead of others in terms of human rights protection.

UML is for ensuring citizen’s rights in a modern and scientific way, he said, adding that it was aware that people must not be victims of poverty, insecurity and discrimination. Economic prosperity and just equality are other priorities of the UML, according to him.

On a different note, he argued that the present government was formed based on mandamus order.

The former prime minister said some intellects who were biased against the government he led were now mute spectator. He wondered why they were silent at present economic disarray and strained foreign relations. rss